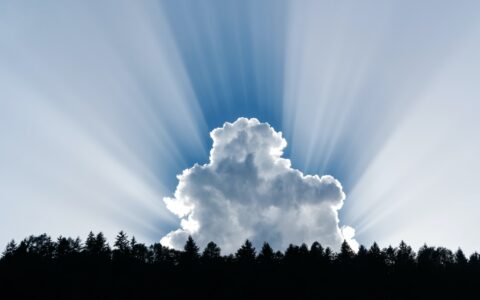 Some people say that there is no God. Unfortunately, this is not true. And the bad thing is that they have led other ignorant people down this destructive path. If you are like that, please hear my beckoning for you to repent and give your life to Christ. The simple answer to your doubt is that there is God. If you look inward, you might notice the presence of God. It is by God’s grace that you’re able to breathe.

God gave you a mind that can think; use it, and you will discover that he’s everywhere. Who is it that denies the existence of God? In Jeremiah 29:13, God says, “You will seek me and find me, when you seek me with all your heart.” Your heart must be in the right place if you’re to encounter him.

There are those who have gone as far as saying that this world started by itself. They call it the big bang! I’m sure they know it’s not true in their hearts. Unfortunately, they have led many trusting people in the same direction. This is terrible and destructive teaching.

Believe it or not, there is a God; he is seated in heaven, far above principalities and powers, and he’s everywhere, meaning he’s omnipresent. He is closer than you can know. God is a Spirit being. Your problem is that you are using your carnal mind to understand or conceive of spiritual things. No, it doesn’t work like that.

Lucifer wanted to ascend to God’s throne out of pride, but he was cast down to earth and is now causing havoc everywhere, the end result of which is damnation for him. God isn’t far from you. The reason you do not know is because you’re still carnal. Your mind needs to be renewed by the word of God and the power of the Holy Spirit so that you can believe in the simplicity of God’s word.

Some Biblical Verses Demonstrating the Existence of the Father and His Son, Jesus Christ

But without faith it is impossible to please him: for he that cometh to God must believe that he is, and that he is a rewarder of them that diligently seek him. Hebrews 11:6

And brought them out, and said, Sirs, what must I do to be saved? And they said, Believe on the Lord Jesus Christ, and thou shalt be saved, and thy house. Acts 16:30-31

Look at the scriptures above and let me know why you think there is no God. Beginning on the left, the Holy Spirit, through his apostle Paul, reaffirms that there is only one God and the Lord Jesus Christ, of whom all things are made. It says in the middle that you cannot please Him unless you have faith. That is, without faith, none of these Bible verses will make sense to you. And lastly, we see that you need to be saved so that you can understand spiritual things. To understand the word of God, you must first of all believe in the Lord Jesus Christ.

Romans 1:18 For the wrath of God is revealed from heaven against all ungodliness and unrighteousness of men, who hold the truth in unrighteousness; 19 Because that which may be known of God is manifest in them; for God hath shewed it unto them. 20 For the invisible things of him from the creation of the world are clearly seen, being understood by the things that are made, even his eternal power and Godhead; so that they are without excuse: 21 Because that, when they knew God, they glorified him not as God, neither were thankful; but became vain in their imaginations, and their foolish heart was darkened.

Do you not know that God despises every form of ungodliness and that refusing to believe the Word is a form of ungodliness? It’s an act of pride not to believe the Scriptures or to even think that there is no God. Hear this: “The fool hath said in his heart, There is no God.” “They are corrupt; they have done abominable works; there is none that does good.” Psalm 14:1. It is only a fool who can doubt the existence of God. They know the truth but are being dishonest. Some people reason this way because of their educational prowess, forgetting that it was God who gave them wisdom in the first place.

God sees you and knows what you are thinking, and he only hopes that you will amend your ways. Look around you, look at the heavens, look at the skies above you, look at the trees, look at the oceans, the mountains, the animals, and even yourself and those around you; do you truly believe that all of these just came up as a result of the big bang? All these things are in order. The heavens will give rain in due season, and night and day will reveal themselves at their appointed times. Common, you can do better than that. Think for yourself and turn to Jesus.

Everything around you speaks to the fact that there is a force behind it. There is a force behind creation. That person is God. His name is Jehovah. Fear him. Give your life to him today so that you will spend your days in eternity with him. To enter God’s rest, you must accept his word and believe in his Son, Jesus, by surrendering your life to him. It is only through Jesus that you have access to the Father. It is through him that you have access to the kingdom of God; however, if you choose to continue in sin or in your unbelief that “there is no God,” the only repercussion is damnation, which is hellfire.

Know ye not that hell was actually prepared for the devil, not for human beings? Any human being who finds himself in hell made the choice to be there. That choice took them there. It is not the will of God for them. I hope that today you will reconsider your ways. And trust that God loves you. God has no interest whatsoever in seeing you suffer in hell. He wants you to return to him.

As you consider your ways, I trust that God Himself will reach out to you. It is a sin in and of itself to deny the Father’s existence. It is my prayer that the Lord will give you a new heart that is responsive to his word. If, however, you’re ready to give your life to Christ, I would like you to say this prayer after me and mean it. Pray sincerely from your heart, and as you do so, may the Lord reveal Himself to you in Jesus’ name. Amen.